As-Salamu Alaykum wa RahmatulLah! I pray that you are all well and that this week has been a good one inshaAllah!

The Messenger of Allah, peace and blessings be upon him, said, “When one of you loves his brother, let him know.” Source: Sunan al-Tirmidhī 2392 A new Hijri year has begun. The Hijrah, the migration of the Prophet ﷺ from Makkah to Madinah, has been the focal chronological point for Muslims for over 1400 years. We often rightly remember the faith of the Muhajireen (the Makkan emigrants) in making the journey, but we sometimes forget to reflect on the long road to redemption of the Ansar, the people of Madinah.

Before it was named Madinah, Yathrib was a city that had been racked with blood-shed and tribal conflict, with no end, until six men [1] from the city began the healing process, accepting Islam at the hands of the Prophet (peace and blessings be upon him) during the pilgrimage season in Makkah.

“We have left our people, for there is no people so torn asunder by enmity and evil as they; and it may be that God will unite them through you”, they said to the Messenger ﷺ. Ibn Sa’d relates that these six men however told the Prophet that their city may not be unified yet if he made his Hijrah then. They requested that he give them time. “Perhaps Allah may set our affairs right”, they said. They pledged to meet him again the next year.

Taking the message back to their divided, war-torn city, the evolution of Madinah began. At the time of their initial meeting with the Prophet ﷺ, the six men could glean from the difficult experiences of the Makkan Muslims that following the path of the Prophet would have its challenges. They also knew that healing their community in Madinah of age-old rifts would take time. Even though members from both the rival tribes of 'Aws and Khazraj accepted Islam, it was inconceivable initially, for example, for a member of one tribe to lead another in prayer. Lasting, comprehensive change could not happen overnight.

The process of spiritual and moral growth cannot be hurried. While sometimes we can reach our goals rapidly, other goals can take longer. Just as the six men of Madinah had to prepare their city, gradually, to receive the Prophet, the heart needs to be prepared to receive Divine gifts. That preparation can only by sustained by the desire for self-improvement and repentance.

If we see religion as but a set of rituals, bereft of spirit, and something that just comforts us emotionally, without challenging us, its benefits of personal and societal transformation are lost. The six men of Madinah saw the chaos of their condition and had seen enough. They wanted to change themselves and their society, and they saw the Prophet ﷺ as the facilitator of that change.

The latter part of the Islamic year, with Ramadan and the Hajj season, is about preparing the heart for change and annihilating the nafs (self). A new Hijrah year immediately follows, as a new beginning, a time to start fresh. Our predecessors, in choosing it as the beginning of the Islamic calendar, recognized it not only marked a new civilization, but a new realm of human possibility, where the soul is liberated, and society is freed from injustice and corruption. That can only begin until we accept that who we are now is not the way we want to be. Though that sounds simple, the reality is that while we might wish to be a better person, we still remain fundamentally satisfied with our flaws because it’s comfortable. We complain about the status quo, but we are scared to go through the difficult process of changing it. So we tolerate our condition, and blame our spiritual inertia on busy schedules, social pressures and our own fear.

How did the people of Madinah eventually succeed in changing? By opening their heart to change within, personalizing the message of the Qur’an and relying on Allah, without procrastination. They let go of the impediments holding them back from developing spiritually. The six men of Madinah returned to their city with an enthusiasm so great, that it was said that nearly every family in the city had heard about the Prophet soon after. A year later, they returned as twelve to pledge faithfulness to the Prophet at ‘Aqabah, and the Prophet’s envoy, Mus’ab ibn Umayr returned with them to teach the people. The next year, over seventy pledged, and the stage was set for the Hijrah months later.

Our Messenger stated, "The Muhajir (emigrant) is the one who gives up all that Allah has forbidden." [2] In this new year, let us make a personal hijrah of our own, leaving behind that which holds us back in our development and keeps us from making the journey towards our Creator.

The Most Beautiful Thing In This Life

Click to listen to this beautiful video featuring Shaykh Mokhtar Maghraoui as he highlights the beauty of Allah's righteous servants.

Muharram: A Month of Resisting Oppression 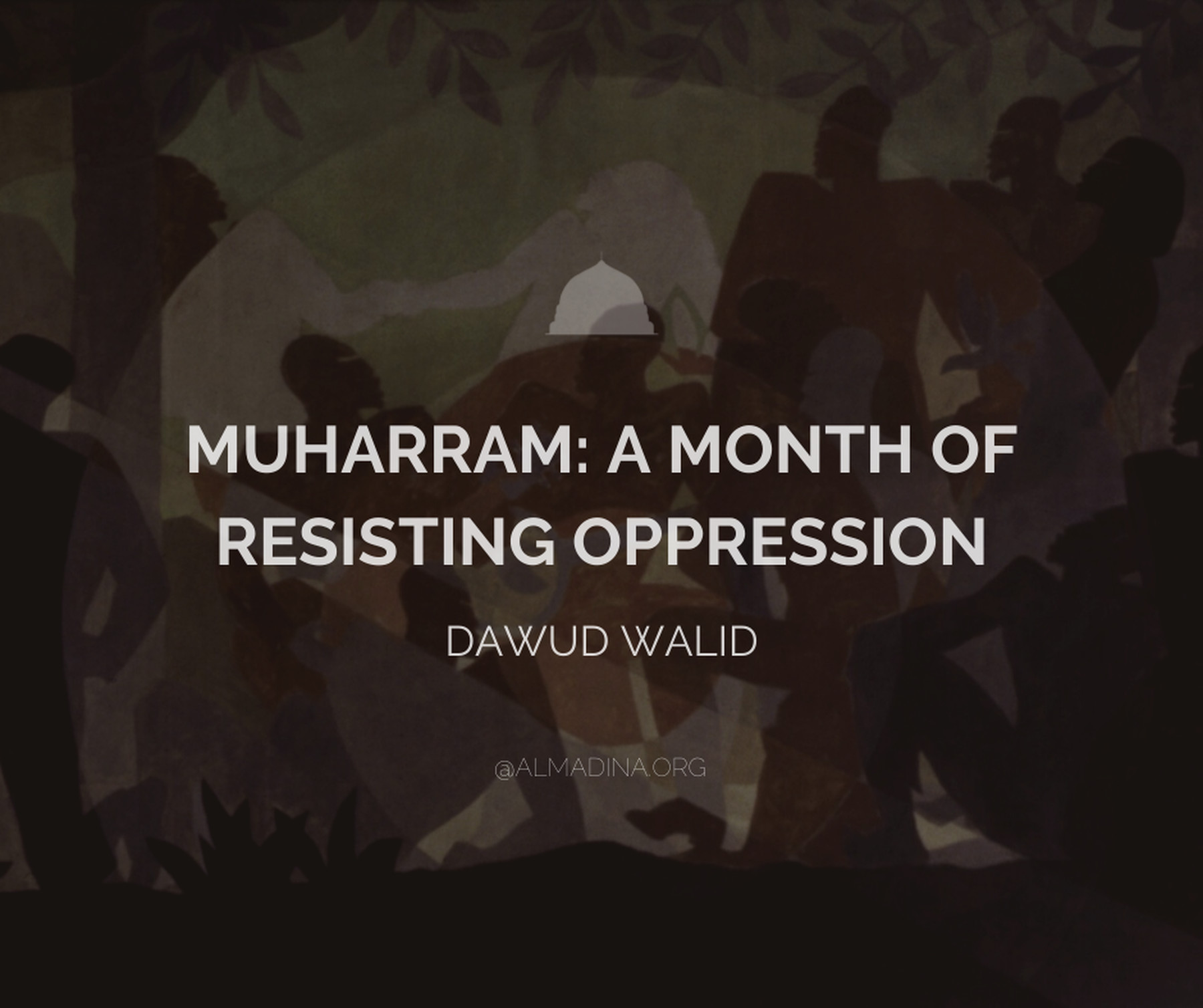 The first ten days of Muharram should be used to draw closer to what is pleasing to Allah, renew our consciousness towards obeying Him and to avoid being agents of oppression. This week, we share a dua for waking up, a hadith about paradise, an article about arrogance and how it's the primary disease that fuels racism, and more.

This week, we are pleased to announce that the Arabic Online Kids: Fall 2021 program is now open for registration; as well as a new video with Shaykh Mokhtar explaining the 'Nafs', how it facilitates the 'freedom of choice' and how we should best utilize it.