As-Salamu Alaykum wa RahmatulLah! I pray that you are all well and that this week has been a good one inshaAllah! Please scroll down to see this week's updates, and please feel free to share this page with friends and family. Is it necessary to attain a feeling of spiritual elation? Are people chasing after this feeling of chemicals in their brain? What really is spirituality and transformation?

Join a conversation with Dr. Mohamed Ghilan and Moutasem Atiya. How do you come closer to Allah? - Shaykh Mokhtar

Where is your heart? What is it attached to? What does it mean to be close like close friends? Shaykh Mokhtar Maghraoui highlights several attributes and ways for us to gain proximity to Allah ﷻ.

Ayah of the Week What does the word 'Salawat' really mean? 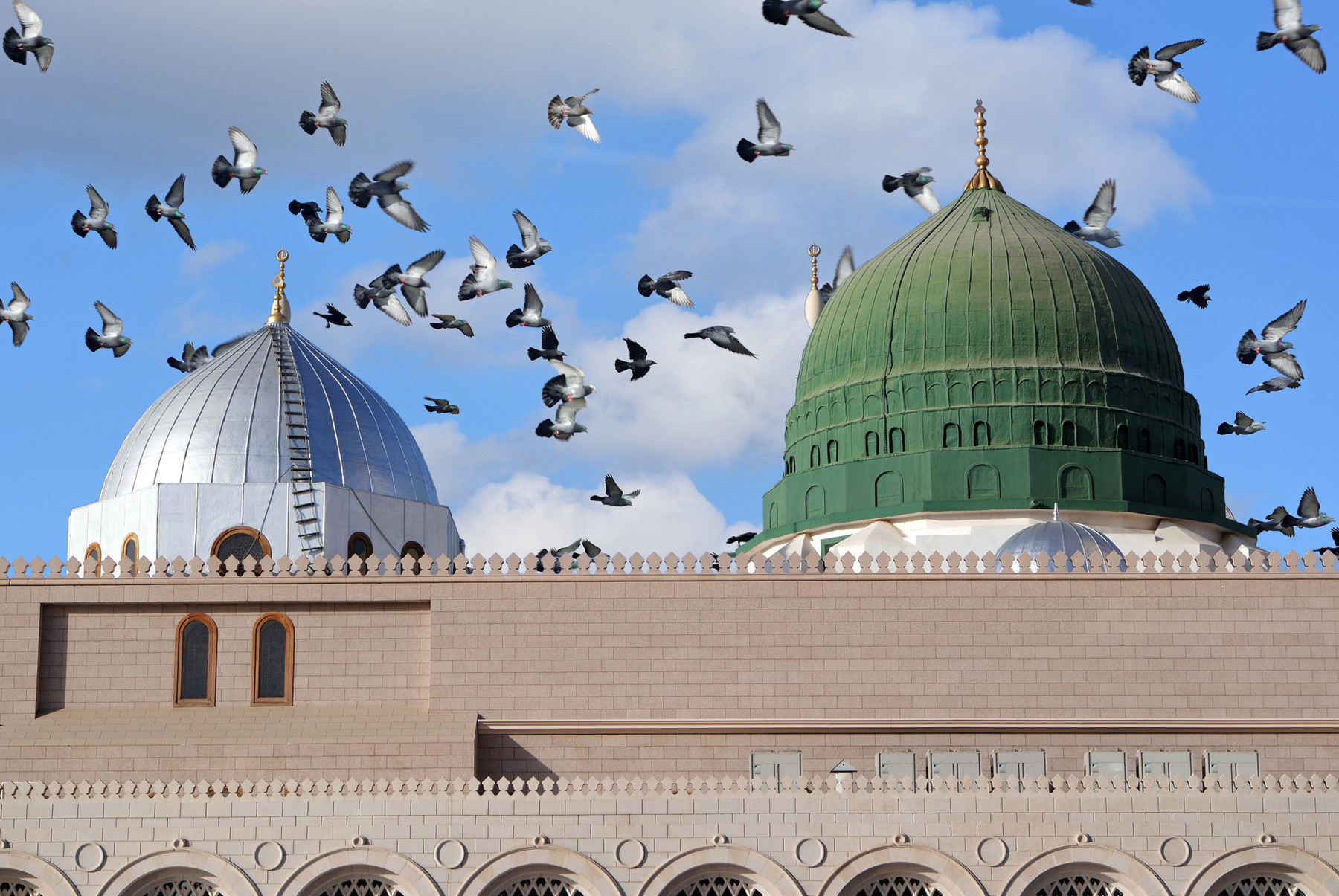 Many explanations have been offered for the word ṣalāwāt, such as to exalt, to praise, to bestow mercy on, to bless, to forgive. Through an investigation of several verses of the Qurʾān, and drawing upon the ḥadīth and the insight of several great imams culled from an array of rare and precious sources, a clearer explanation is offered linking the word ṣalawāt to light. How to Recognize Truth During the "Fake News" Era 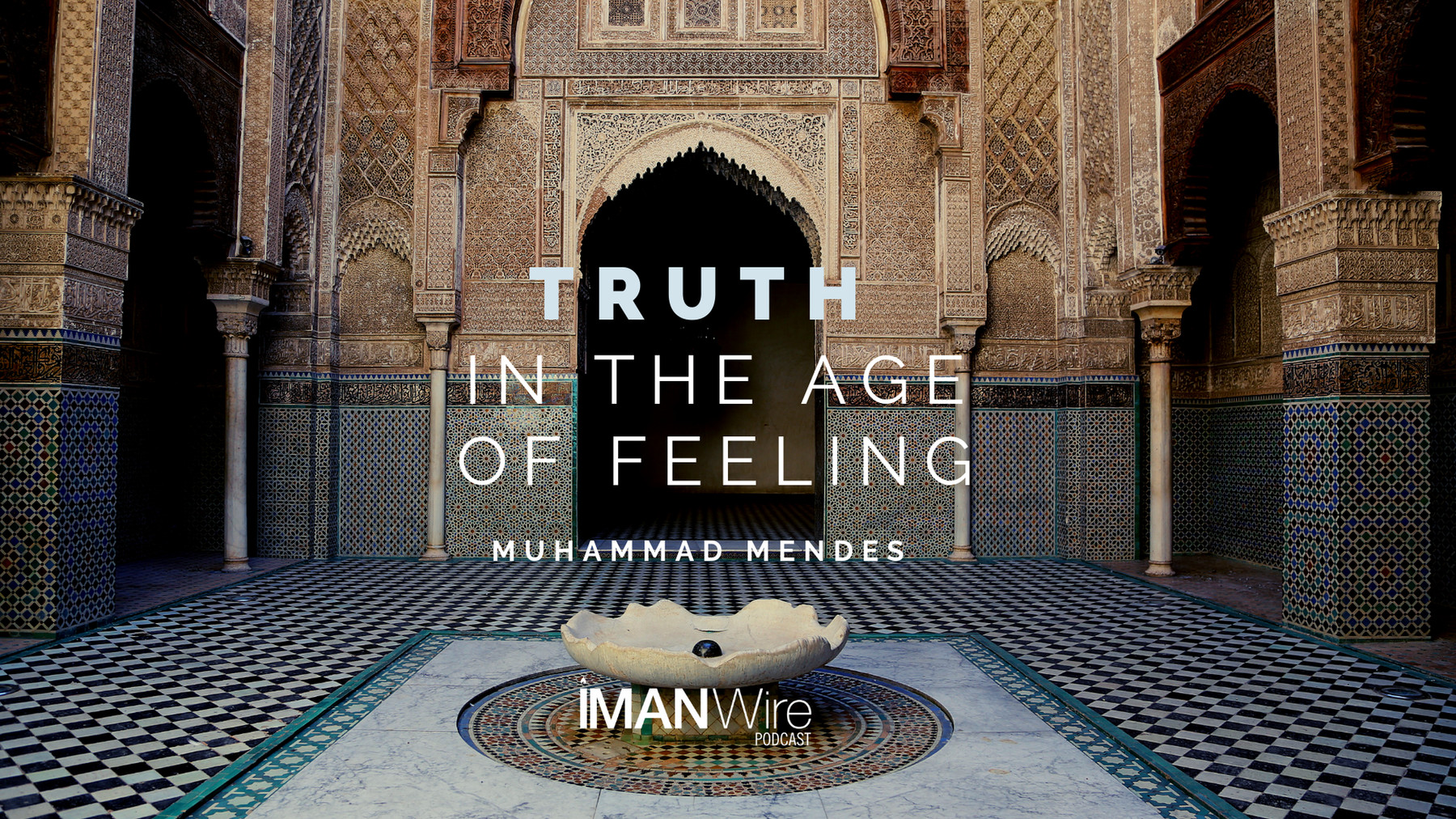 How do we recognize truth during the changing standards (or lack of standards) for truth in the age of relativism, "alternative facts" and "fake news"? How can we be seekers of truth and guide others to it? Shaykh Muhammad Mendes returns to the podcast to discuss. In this month, I must ponder the value of Rasulullah ﷺ, Allah’s gift to existence.

The following hadith is narrated in multiple sources. When Rasulullah ﷺ was victorious in the battle of Hunayn, he set aside the spoils of war – valued today as tens of millions of dollars – hoping to return them to their owners. However, those who fought him remained defiant. The text reads:

When Rasulullah ﷺ distributed the spoils of war to the Quraysh and other Arab tribes, and when he did not apportion any to the Ansar, a group of the Ansar felt some discomfort. People among them began to speak. One of them said: “Rasulullah ﷺ has been reunited with his people.”

Rasulullah ﷺ said: “Where do you stand in this matter, O Sa‘d?” Sa‘d (radiallaho ‘anho) said: “O Rasulullah ﷺ, I am but a man of my people.”

He ﷺ said: “Gather your people for me in the enclosure.” Sa‘d (radiallaho ‘anho) gathered the Ansar. Some Muhajirun came and were allowed to enter; others came but were not allowed. Once they were all gathered, Sa‘d (radiallaho ‘anho) went to Rasulullah ﷺ and said: “This group of the Ansar has been gathered.” Rasulullah ﷺ went to them. After praising and thanking Allah, he said:

“O Ansar, what is this news that reached me – that you felt unease regarding the decision I made?”

The Ansar said: “Most certainly. To Allah and His Rasul belongs all grace and goodness.”

They said: “How would we respond to you, O Rasulullah. To Allah and His Rasul belongs all grace and goodness.”

“O Ansar, have you found unease against me regarding the residues of this world that I gave to a people to reconcile their hearts in order they accept faith? While I left you to the strength of your faith? Are you not pleased, O Ansar, that some people would return with livestock and camels, and you would return back with Rasulullah as your share?”

Everyone cried until their beards were soaked with tears. They said: “We are pleased with Rasulullah ﷺ as our allotment and share.” [End of text].

What value – of anything, of everything – is comparable to having him ﷺ as our allotment and share?

May Allah grant us the enriching sufficiency of His Beloved ﷺ. May Allah make him ﷺ the perpetual springtime of my heart.

Let us not forget to send abundant salawat upon him ﷺ today, and throughout this blessed month.

This week, we share a dua for waking up, a hadith about paradise, an article about arrogance and how it's the primary disease that fuels racism, and more.