I recently returned from a two-week trip to the Republic of Ghana, a land which holds considerable historic significance prior to becoming a constitutional republic. Ghana was the first African nation that became independent from British rule in 1957. It also was a site of the Trans-Atlantic Genocide of the African people brought to the Americas and the Caribbean. My trip coincided with Black History Month, carrying extra meaning for myself, considering the struggle that African Americans continue to endure in reclaiming our heritage, a heritage that was robbed from us.

I was invited to Ghana to stay as a guest of one of my teachers, Dr. Shaykh Ali Suleiman Ali, and to participate in two Islamic conferences held by the Islamic Ummah of Ghana (IUG) and the Tawheed Development Foundation at Zenith University in Accra, Ghana’s capital, and in Takoradi which is a city near the Cape Coast. Besides speaking at both conferences, I also delivered khutbah al-Jumu’ah at Masjid Amusah Banda in Accra and Masjid al-Fath in Takoradi. I learned much more about the state of the Muslims in Ghana and common issues that they are facing with Muslims around the world however, by visiting scholars and local activists at their homes and offices.

The Role of Leadership

One of the important lessons that I was reminded of was how significant the role of leadership is in setting the tone for the community in minimizing intra-Muslim conflict. Ghana’s Muslim community, like the United States, has an “indigenous” portion of Muslims from the Ga, Dagomba, Asante (Ashanti) and Fante tribes and an “immigrant” contingent which is the majority of Muslims who have come more recently such as people from the Hausa and Fulani tribes as well as Arabs from Lebanon. The glue which aids in the peaceful coexistence of Muslims across tribal and sectarian lines is the Chief Imam of Ghana Shaykh Osman Sharubutu al-Tijani (May Allah preserve him). The Chief Imam, who is now in his nineties, helped bring and maintain peace when in decades past there was extreme tension which led to violence between Muslims of different ethnic groups who were Tijanis and Salafis. Through his leadership with the grace of Allah (Mighty & Sublime), Salafis and Hanbalis who refer to themselves as “Ahl as-Sunnah” now invite Tijanis to their programs to speak and attend even though they do not refer to them as People of the Sunnah. Likewise, Tijanis invite “Ahl as-Sunnah” to their programs as well as invite the small percentage of Ithna ‘Ashari (Twelver Shi’ah) who exist in Accra and a northern city called Tamale. 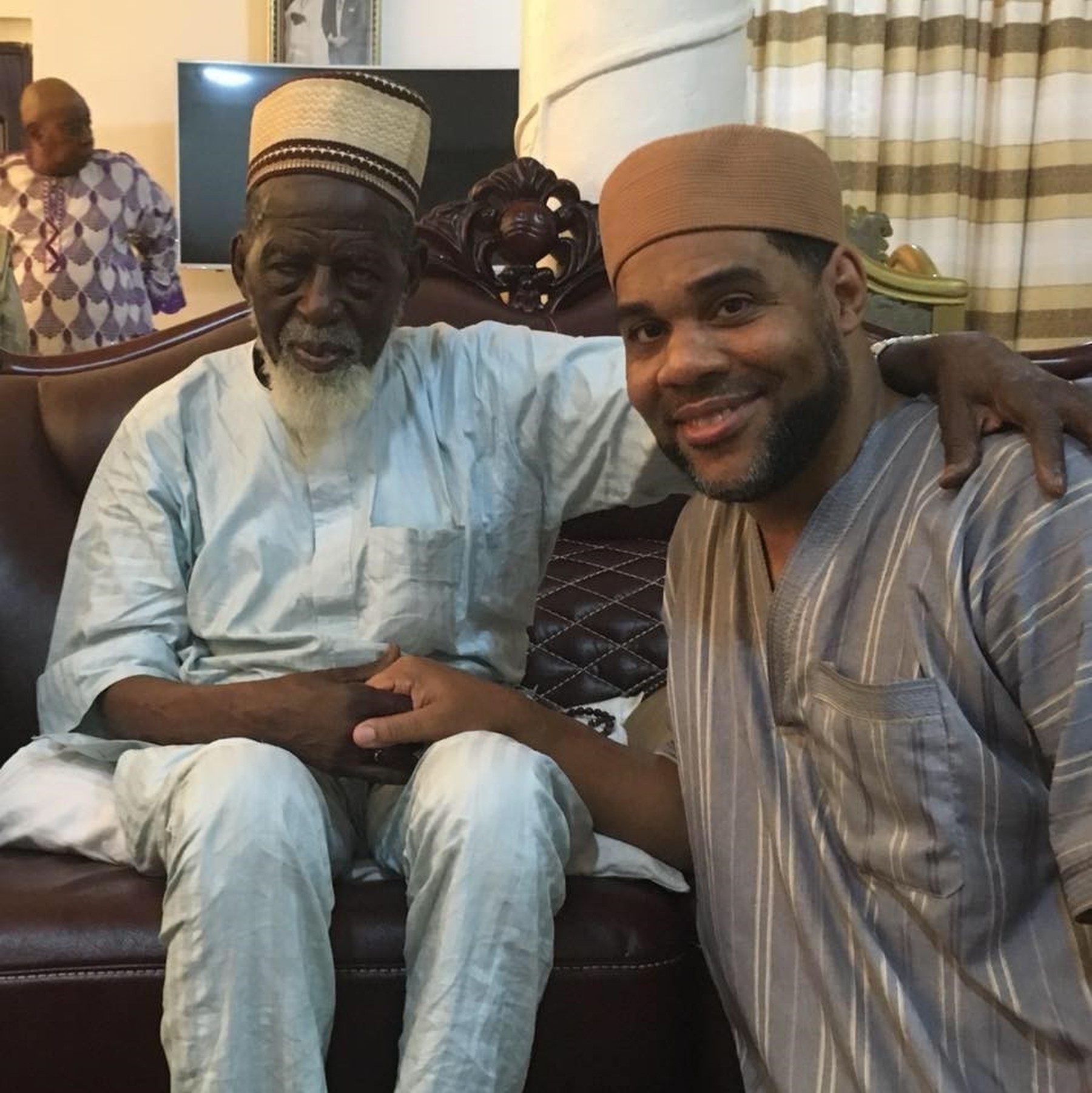 The Public Role of Women

Another aspect of the Muslim community in Ghana which I am very familiar with, as is similar to other countries in West Africa, is that of the public role of women. Though it would be a major exaggeration to say that Ghanaian women live in a utopian state, I can safely say that the place of Muslim women in Ghana and West Africa in general would culturally shock many pockets of Muslims in America and Canada. From Muslim sisters operating almost every small corner store in the Zongo (the “hood” where Muslims live) and selling items ranging from fresh fruit to cold yogurt drinks at every stop light as the Nation of Islam men do in inner cities across America, ladies wearing hijab are predominant in the hustle and bustle of the streets which many view as the domain of men in other areas of the Muslim world. Women and men publicly interact in a flowing, organic manner without being prudish nor overstepping boundaries of civility from what I observed in Ghana as well as what I am accustomed to in Mali and Senegal. Moreover, at the first Islamic conference which I attended, Hajjah Maryman Lemu (may Allah preserve her) from Nigeria, who also is the daughter of two Islamic scholars, spoke candidly about the role of healthy marriages and sexual intimacy in front of a mixed audience including senior male scholars without anyone batting an eye in the audience. I chuckled to myself about how cultural acceptable this is in West Africa and how she would most likely be met with giggles, gasps and probably boycotts if she said this in one of the many Islamic conferences in North America or the UK.

“We welcome you to your return”

I rounded off my trip by visiting the Elmina Slave Castle which is off of the Cape Coast. The castle was the first holding area for Africans enslaved by the Europeans to be sent to the Americas. Its 400 years of exporting Africans as chattel began with the Portuguese, then was taken over by the Dutch, and then eventually by the British. Like what I witnessed at Goree Island in Senegal, this location had a so-called “Door of No Return” as it was believed that once Africans were shipped away to America, they would never make it back. As in Senegal, the tour group leader looked at our group in which I was the only African American and said, “We welcome you to your return.” 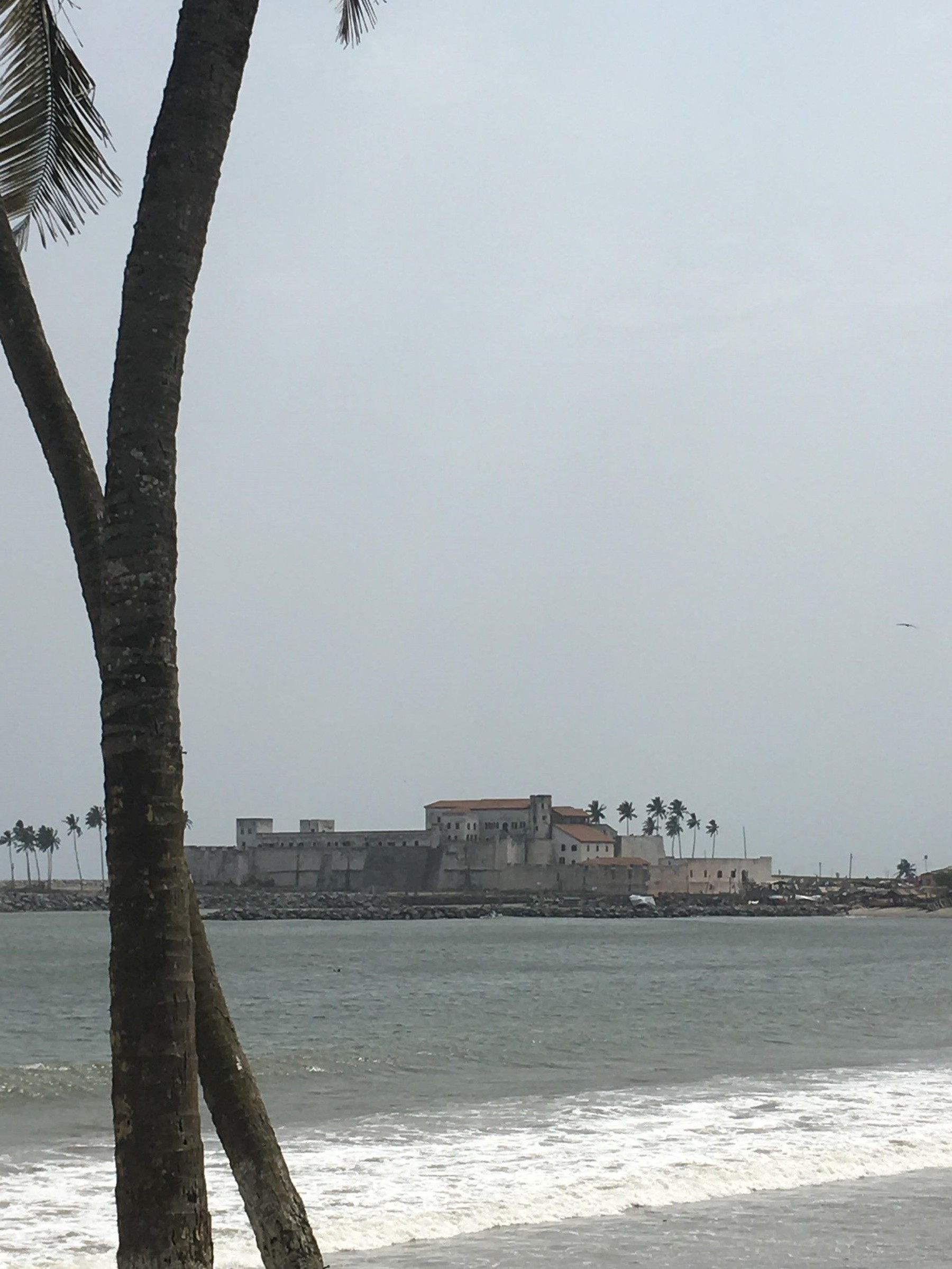 What was different from Goree Island which spoke to me a lot about what is currently going on in Ghana is the connection between Europeans and missionary work as a tool of manipulation. The Elmina Slave Castle had a church in the middle of it plus a worship area above the chattel slave holding cells and adjacent to that an area where European men raped African women before they were shipped off. Today, Ghana is filled with Dutch, American and Canadian evangelists who are working to convert children through free education and health screenings literally under the banner of Jesus (peace be upon him) looking like a Nordic man. According to scholars that I spoke with, Ghana was majority Muslim a little over 50 years ago but now the population has decreased to about 30% Muslims. 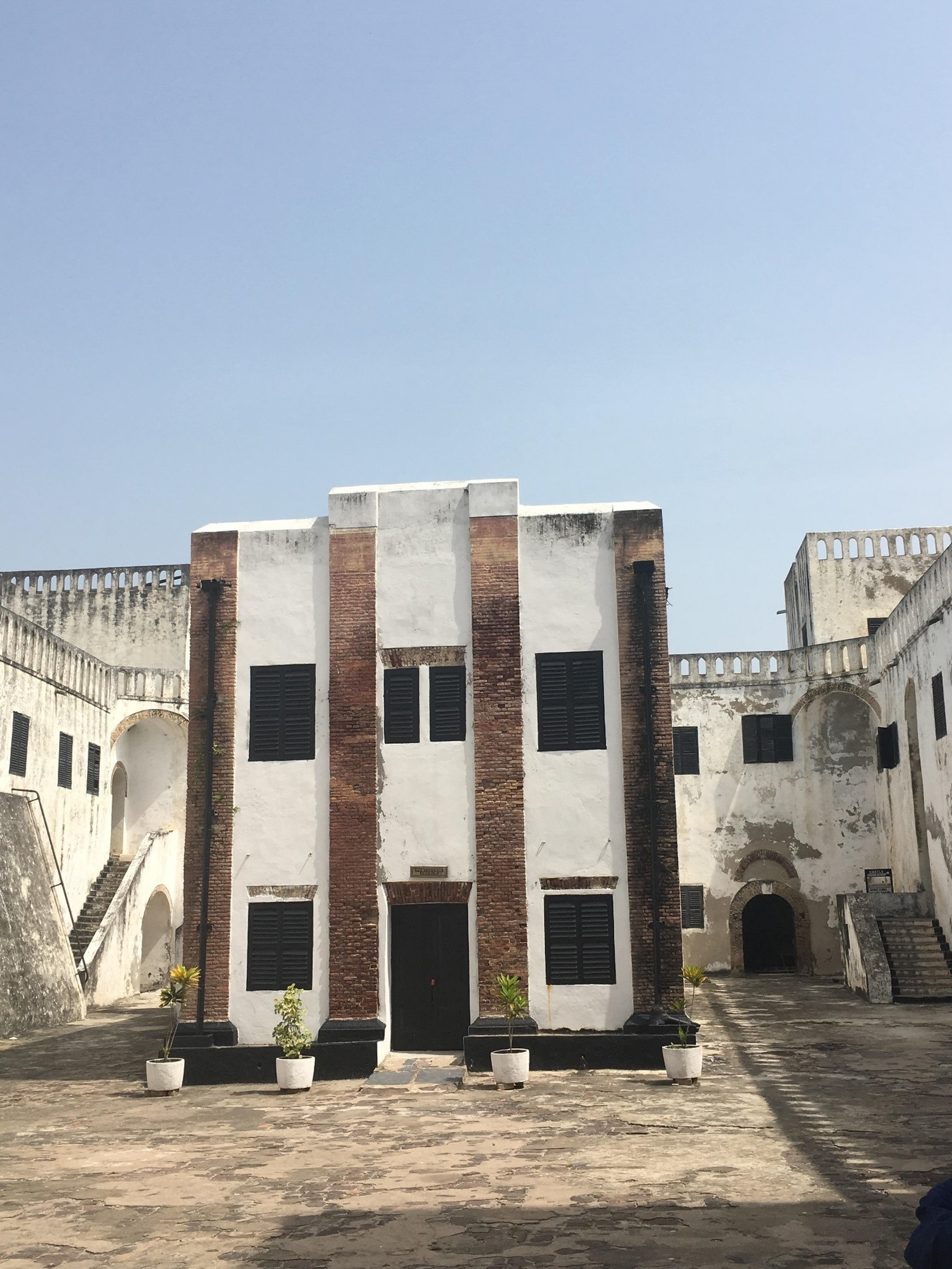 There is much more that I could say about my recent trip, in particular the cultural expressions that the descendants of enslaved Africans in America and the West Indies share with the people of Ghana. That being said, I reiterate as I have discussed before that it is important for Muslims in America to visit West Africa. The roots of Islam in America come from those who were walked in the hot sun in chains over Benin, the Ivory Coast and Togo to Elmina Slave Castle and brought to America. There were Maliki scholars, reciters of Qur’an, griots and warriors who were brought on those ships. It is also a land of resilience where righteous men and women drove colonialists out yet now struggle today against cultural colonialism. I believe that all of us, be we blood and spiritual descendants or descendants in faith, would benefit in numerous ways if we take trips to locations such as Ghana to learn its history and expand the lines of communication between Muslims here and over there.