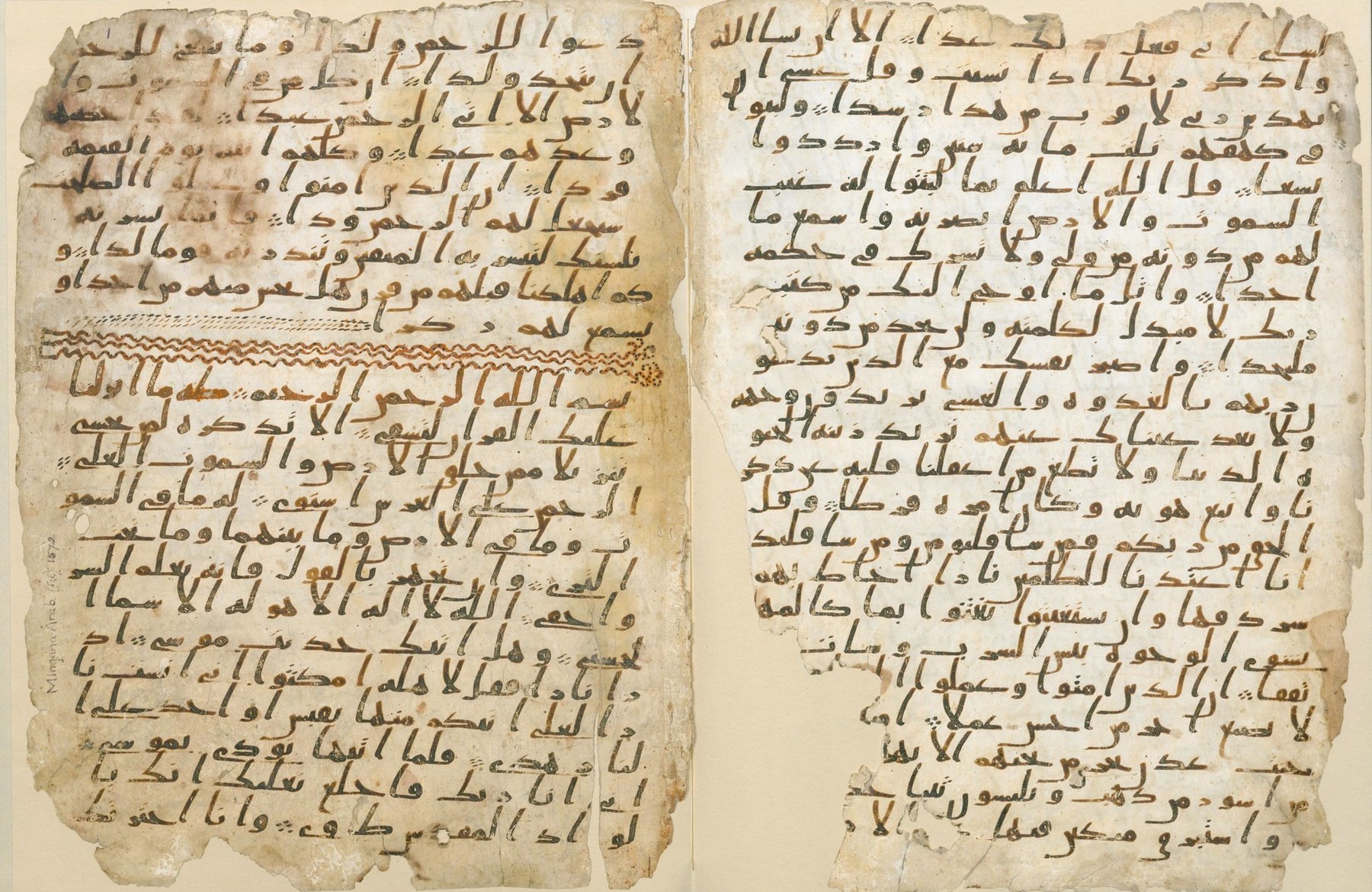 The Quran does not bear traces of any significant alteration over time, and the latest studies by Western scholars have made it clear that, barring some new, astounding discovery, the Muslim version of how and when the Quran was written should be accepted

This article is reposted from Dr. Jonathan Brown's website. The article was recently discussed in the ImanWire Podcast episode: Where Did the Qur’an Come From?.

One of the reasons I do not to write about early Islamic history is that I find it very difficult to manage the constant clash of faith claims and appeals to empirical evidence. When it comes to religion in general, Islam in particular, and the origins of Islam even more particularly, scholars find it difficult to recognize how their non-rational commitments direct their reasoning. Being able to set aside those commitments is even harder.

Of course, I’m talking about the dogmatic belief found amongst revisionist historians of early Islam. This school of thought is committed at the level of first principles to the belief that religious traditions pass through a process of fundamental change in their early years, transforming from the original teachings of a prophet or some other revered figures into an orthodox, sacred tradition, which then turns back to cover up and repaint those early years in the colors of orthodoxy. This means that revisionists believe that, whatever else is true or untrue in the world, a religion’s autobiography must be false. Its founding scriptures must not be historical intact. All must have been been altered or evolved.

Of course, this is not to say that religions do not evolve or go through processes of revision, even of editing their own histories. Of course they do. But they do not all do so in the same way. Just because the Christian scriptural tradition went through a certain process does not mean that every other scriptural tradition must have gone through that same process or even a remotely similar process. We know that a great deal of revision occurred in the Islamic tradition; it’s obvious from all the forgery of Hadiths and historical reports, as even the briefest glimpse at Sunni-Shiite debates makes immediately clear, and as Muslim scholars have always admitted. But this does not seem to have been the case with the Quran. The book does not bear traces of any significant alternation over time, and the latest studies by Western scholars have made it clear that, barring some new, astounding discovery, the Muslim version of how and when the Quran was written should be accepted.[1]

The Muslim version should be accepted not because Islam is God’s true religion and therefore Muslims’ claims must be true. It should be accepted because it requires fewer leaps of faith than alternatives. It holds that a man named Muhammad, claiming to be a prophet, uttered a series of revelations between 610 and 632 CE and that, around the year 650 Ce, these statements were collected into the Quran. Aside from divergences in vowelling and a few word replacements here and there (variations preserved for later historians by fastidious medieval Muslim scholars), that text does not bear any traces of alternation since. Whether or not someone chooses to believe that the Quran is revelation is irrelevant; the text comes from around the mid 600’s CE.

Revisionist historians of early Islam, however, cannot accept this. It simply cannot be, in their eyes, that a scriptural text can actually come from the time and place that it claims. Whatever must be believed, however absurd, we must conclude that its history has involved alteration, fraud and covering up.

The most recent display of this dogmatism has come in comments made about the pages of an early copy of the Quran found in the library of the University of Birmingham. Radio carbon dating has shown that the pages very likely date from between 568 and 645 CE. The text on these pages corresponds to the canonical versions of the Quran and even include a decorative division between chapters (which was drawn along with the writing, since the lines are spaced especially to fit the divider) and even markers between verses (also written at the same time as the text, since the spacing between words at the end/beginning of verses is greater than that between other words in order to fit the verse dividers).

The Muslim narrative of the origins of the Quran holds that the revelation was written down by scribes as it came down to the Prophet between roughly 610 CE, when his prophethood began, and 632, when he died. A semiofficial copy of the holy book was compiled within two years of the Prophet’s death by the first caliph, Abu Bakr, and that version was then later used as part of an official compilation and promulgation of the Quran by the third caliph, Uthman, in around 650 CE.1

A number of scholars who have interests in early Islamic history, particularly the popular author Tom Holland, have stated that the carbon dating of the Birmingham Quran pages suggests that the Quran actually predates the life of Muhammad. In fact, he argues, it suggests that the Quran dates from “a good deal before” Muhammad’s career. By this he means that, as opposed to being a sacred text that was edited and composed after the founding figure of the religion (the previous revisionist claim), it was actually written before Islam’s founding and – presumably – adopted by Muhammad to express his teachings.

1) That the parchment used for these Quran pages was produced at the same time as it was used for writing the text down (the equivalent of someone producing a piece of paper and then using that piece of paper, let’s say, in the same year to write something)

2) That the pages in question were written at the earlier end of the window give by the carbon dating and not the latter part, which would put them right in the career of Muhammad

3) That the Quran not only predates Muhammad’s life as a general text, but that it, in fact, word-for-word predates his life, along with divisions between chapters in the Quran and even markers between verses.

These are highly unreasonable assumptions. Let’s look at each one in turn:

So, Holland makes a proposition: we should accept that, sometime within, and only within, the period between 568 and 610 CE pieces of parchment were produced from animal skin and then immediately used to write the text of the Quran, word for word as it would be adopted by Muslims decades later, along with verse and chapters divisions, which Muslims would then forget about when they issued their own official versions of the Quran (no doubt to cover of their reliance on earlier material). This would result in a startling, revolutionary scholarly discovery: the Quran actually predates the career of Muhammad!

I think this is a much more reasonable proposition. Unless… the Quran comes from the future…