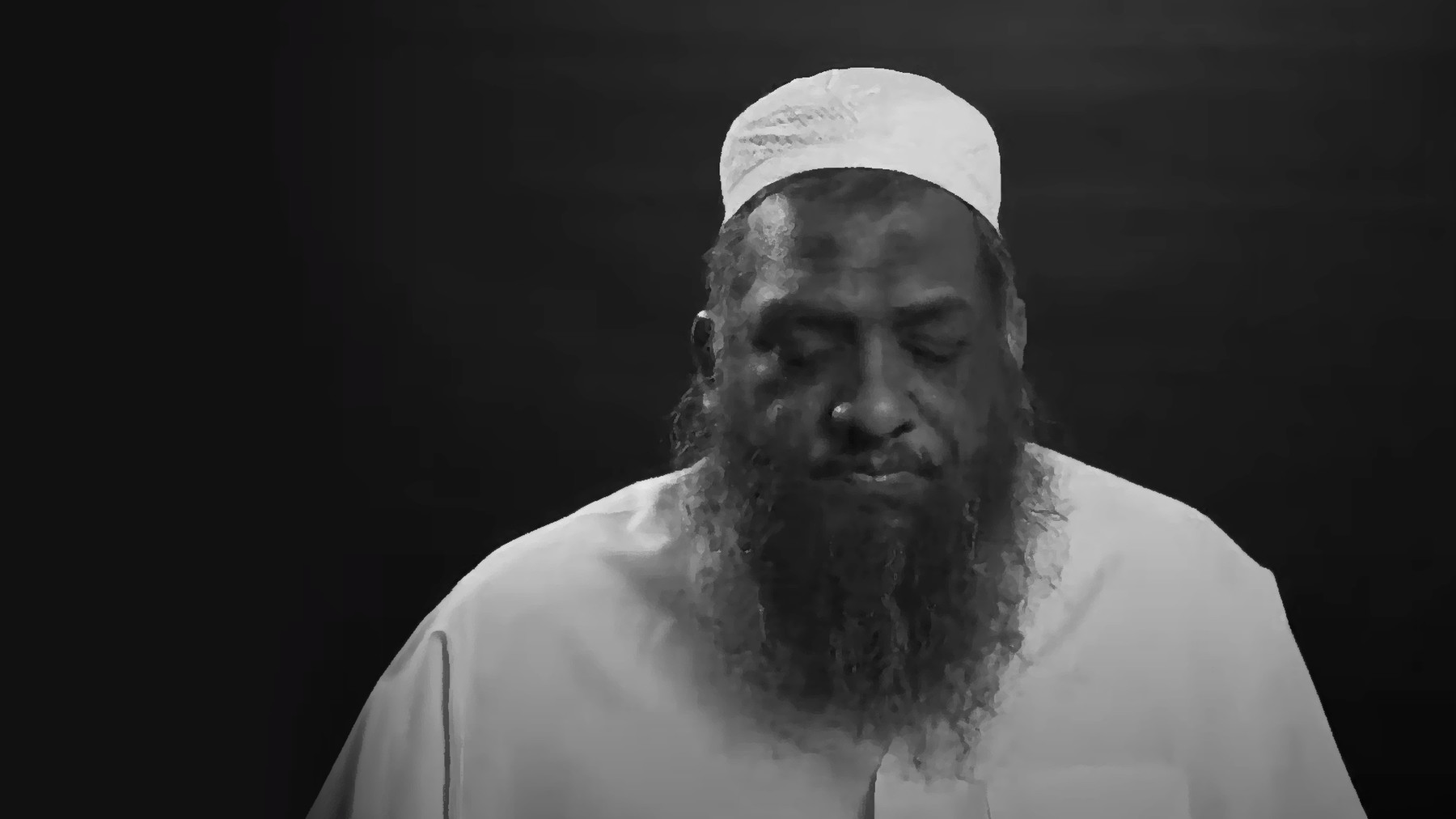 Those who were graced to sit and learn at the feet of Shaykh Taha Karaan soon realized: Our teachers are indeed Allah’s greatest means to call us to true life. They are the inheritors of the Messengers, the custodians of Divine knowledge, the keepers of His treasures and the dispensers of His gifts.

In a world suffocating to death by the atheism of materialism, they are our lifeline to the Divine, through whom He revives and reforms. So indispensable are they to our material, intellectual, emotional and spiritual wellbeing — to our pursuit of the truest freedom and happiness — we forget that they, too, are subject to death’s dominion.

When many of Shaykh Taha’s students, myself among them, first heard of his emergency admission to hospital due to Covid complications, we were forced to confront an eventuality that we never planned for, much less expected: the certainty that he must pass — and sooner, perhaps, than later.

For two weeks, sitting in the masjid courtyard during the Jumu‘a service, I stared at the Qur’anic aya inscribed above the tablet where the deceased are placed upon for their funeral prayer: Every soul will taste of death. So true. With each news of Shaykh Taha’s steadily worsening condition, I tasted a little more of death and its inevitability.

Yes, every soul must taste the portal of death — and the living must also taste the death of their passing.

Allah is al-Qahhar. His will is irresistible. Nothing in creation escapes His law of entropy. Everything is in a state of extinction. Only He is the unchanging constant. I am meant to realize this certitude, through the experience of, and reflection upon, the deaths of those near and dear. May we all realize the practical consequence of death’s certitude: to ‘die’ before we die; and live, ultimately, a life worthy of meeting our Creator.

Has Shaykh Taha’s passing increased me in this certitude?

While we pray that Shaykh Taha’s teaching and scholarly contributions will continue to benefit the umma of Rasulillah ﷺ for many generations to come, may we yet still sit at his feet, one last time, to appreciate his farewell and summative dars?

What was the essence of the life and legacy of Shaykh Taha?

It goes without saying that most can never even dream to match the breadth and depth of his ‘ilm, nor acquire the innate Divinely-endowed talents of memory, intelligence, artistry and eloquence.

But ‘ilm is not intended or sought for its own sake. The fruit of ‘ilm is akhlaq, beautiful inner character, reflected in our words and deeds. Shaykh Taha’s life, legacy and inheritance to each of us lies in this rich harvest.

I remember the very first time I met him — in my mind the image of a scholar described by his contemporaries as an ocean of ‘ilm, the Shaykh of Shuyukh, and later, al-Shafi‘i al-Saghir (the little al-Shafi‘i) — only to encounter a man who was nondescript, humble to a fault, and seemingly had no sense of self or of accomplishment.

As I grew to know him, I was struck by the simplicity of how he lived, often hand-to-mouth, ‘turning over every cent’ (as he once let slip), shunning name and fame, shying away from the limelight with every diplomacy he could summon. As for his modesty: It was intense in its innocence.

As simple as he lived — I was told that he never once possessed the nisab for zakah — he was a sovereign king of generosity. He gave to those who needed as though he owned the riches of the world, defying the limits of positive liberality, and shocking us with his spontaneous magnanimity.

Once in Egypt, at the annual book fair, he reached into his pocket and gave all the notes that he had to a woman who, we later learned, waited for him every year at that same place, relying on his largesse. His ‘customer,’ he called her, smiling his signature smile that lit up East and West.

Few of his students, if any, are untouched by his munificent care, concern, time and assistance. Miraculous stories from those that he touched have started to emerge about him. Many other anecdotes will, for sure, follow.

He practiced what he preached with love and resolve, held himself to account with exacting standards, rigorously obeyed Allah’s commandments and recommendations, and stayed away from His prohibitions and proscriptions.

He maintained a generous buffer zone, not only between himself and the haram, but between that which was disliked, superfluous and dubious in din. And he hinted at his students to do the same, but never imposed it upon them or others.

He had incredible love for his teachers and the senior ‘ulama. He visited them, honoured them, lowered his head before them, served them, and sought their counsel on large and small issues.

He worked tirelessly to build, not break; to unify, not fracture. He despised chauvinism, sectarianism, petty politics, religious vigilantism and one-upmanship. It is a mark of spiritual maturity, he would say, to subordinate our personal, subjective desires for the common welfare by obeying those tasked with religious authority.

To those who differed with him and violated the sacred principles and etiquettes of scholarly difference by maligning him and assassinating his character, he responded with the intellectual and spiritual composure of a true scholar. He never responded in kind, flung mud, or descended into the gutter. He was incredibly forbearing. Moreover, he forgave them all.

His vast ‘ilm only increased him in rahma. As our Salaf teach us, this is the hallmark of true ‘ilm.

In a debate we witnessed between him and another, I remember myself and other students restless throughout, ardent for him to deliver intellectual knock-out blows. But Shaykh Taha did not. Yet, he could have. After, we confessed that we felt ‘betrayed’ by his restraint. He smiled his signature smile, as though to say: “I know. But that’s not our way. And there are important, far-sighted objectives to consider.”

What defines Shaykh Taha for me is this harvest of ten akhlaq that were both the conditions of his ‘ilm and their fruit. If one was to name these stations of profound spiritual reality:

Shaykh Taha has now shed his mortal coil and journeyed beyond trial and toil. He is in spirit, purer and freer.

In the envelope of this certitude, there is no goodbye or farewell. May Allah make the veil between us and our teacher in the unseen realm thin and porous. May this next stage of his life herald a more sacred and meaningful relationship between him and us all. May Allah assist us to please him, and continue to please him, in the barzakh realm with our deeds. Amin.

May the tariqa of Shaykh Taha lead us to the presence of our Master Taha ﷺ. And may the namesake be united evermore, in ways only Allah can know and bestow, with our Master ﷺ, for the sake of whose Sunna he served and defended, exhausting all the energies of his brief life. Amin.

May Allah bless his noble wife, herself a person of ‘ilm, and his family for their years of never-ending patience, sacrifice, support and commitment. We believe that the reward of every letter that Shaykh Taha taught; every letter that any one of his students taught, teach or will teach; and every heart that is affected, illuminated and guided back to its Lord, will be gifts to you of the sweetest, surprising, most refreshing delight on the day when deeds are manifested and presented in the Divine court. We are forever indebted to you.

As for those who wish to continue to see these ten refractions of Shaykh Taha in this world — and the origin of the prisms of his beauty — let them look no further than his mother, our mother, Hajja Zuleikha, who lost her daughter, Munadia (2014), then her husband, Shaykh Yusuf (2015), then her son, ‘Abdul Salam (2021), and now her final child, Shaykh Taha, but remains, miraculously, an ever-flowing fountain of strength, certitude and reliance on Allah.

Our mother — if I could, I would stand before you now, kiss your forehead, kneel and kiss your feet. Whatever prayer you made for your children, please make it for us. Nourish us as you nourished them.

May Allah be well pleased with you, grant you the best of what He grants His most elect ‘ibad and preserve you as a living witness to the beauty of His tawhid. May He continue to elevate you, accept your sacrifices, and give you strength and patience so that through your struggles we may better learn and understand the meaning of our own lives and grow in steadfastness and yaqin. Amin.

al-Fatiha for the ruh of our beloved Shaykh Taha Karaan.

Ten Tombstones of Ramadans Past

Has fasting [fill in number] Ramaḍāns in my life changed me? If not, why? The answers to these twin questions are my most important pre-Ramaḍān preparation.