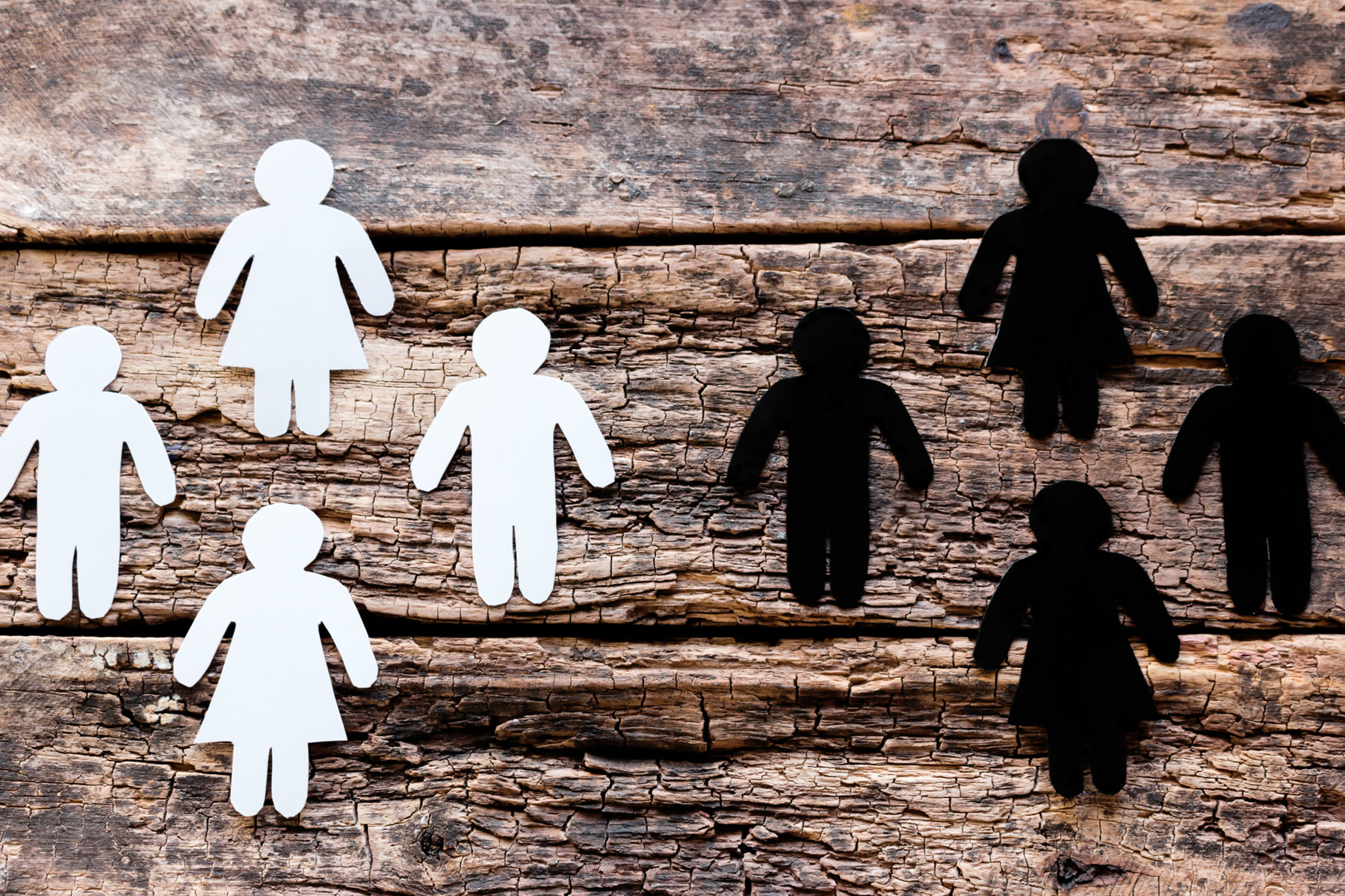 Racism is an integral part of the reality of American society. Racism was used to justify the capitalistic motivations behind chattel slavery of Africans and the ethnic cleansing of the indigenous people of this land. Though MLK Day and Black History Month shed more attention on aspects of the former and effects from that legacy, racism is still a taboo topic in many facets of the society, though discussed more openly now than even two decades ago. Due to varying factors, in-depth discussions about racism in the American Muslim community are also sparse even though there is more willingness than there was even five years ago. Although we are a faith community, many of our community discussions and writings about the problem begin from the starting point that it is a sociology problem that also has negative material and psychological consequences. As the methods of secular sociological observation and theories that come out from them are not void of merit, the metaphysical realities, consequences and cures are not at the starting points or core of much of our discussions on this subject. Thus, there is a need to reinject an Islamic perspective into the discourse that racism is firstly rooted in spiritual diseases and the worst of those maladies is arrogance.

To get an understanding of the metaphysical dimension of racism, the first source for Muslims should be the Qur’an. Allah (Mighty and Sublime) stated1:

And certainly, We created you then made your forms then We said to the angels, “Prostrate to Adam”; so they prostrated except Iblis. He was not from those who prostrated.

[Allah] inquired, “What prevented you from prostrating when I commanded you?” [Iblis] responded, “I am better than him; You created me from fire and him from clay.”

[Allah] said, “Get away from here, for it is not for you to display arrogance here. So leave; surely you are from the debased.”

Allah (Mighty and Sublime) also said relating to this event2:

And when We said to the angels, “Prostrate to Adam”, they prostrated except Iblis. He refused and was arrogant, and he was of the disbelievers.”

Imam Ali bin Abi Talib (may Allah ennoble his countenance) said regarding the disobedience of Iblis3:

He found pride in himself over Adam due to his creation, and he showed prejudice towards him due to his origin. He is the leader of the tribalists and the predecessor of those who display arrogance. He set the foundations of tribalism/racism.

Thus as Dr. Rudolph Bilal Ware discussed in relation to these proofs, he stated that “Racism is Satanic religion.” At the roots of the Satanic religion is arrogance. Iblis made himself bigger or more important than what he was when he disobeyed Allah (Mighty and Sublime) who is greater than all of what He created. Iblis also made the error of finding himself to be superior over Adam (peace be upon him) due to physical characteristics. Iblis said that he was better because he was created from fire while Adam was created from clay. In his arrogance, he still acknowledged that it was Allah (Mighty and Sublime) who had created them both which means that he knew that he had no say so over his own physical composition. Iblis’ act of arrogant rebellion against Allah’s command set the foundation of the ignorance of racism. Iblis, from the jinn race, found himself to be superior over Adam, from the human race.

Given that Iblis is the original racist, and his act of rebellion was based in arrogance, this should better inform how American Muslims deal with the issue of racism firstly in ourselves and among our local communities while dealing with the issue on broader societal and global levels. Spiritual diseases cannot be legislated nor adjudicated away. No set of by-laws in masaajid or Islamic organizations, nor laws and legal actions in American society can eradicate racism, for those measures do not address the root problem at the individual level of sick hearts. The same goes for anti-Muslim bigotry; “Islamophobia” cannot be sued away in courts of law. Written regulations and holding people accountable in legal proceedings and even at times in the court of public opinion are needed tools, but these alone are not remedies for the unseen underlying issues. In order to eradicate weeds from one’s lawn, the weeds must be pulled at the roots below the surface, not just cut from the tops if the goal is indeed weed removal.

One additional point before touching on a spiritual remedy that we can use to check our own individual tribalism or racism is to get a clearer definition of racism. The definition of racism as “prejudice plus power” that is presented within Critical Race Theory (CRT) deserves critique from a Qur’anic framework. As it is true that those who exert power over others or hold more socio-political capital in the dominant culture do have the capacity of doing more institutional harm to those who do not hold such, our framework of racism should not be reduced to primarily material outcomes. In revisiting the story of Iblis and Adam per the Qur’an, Iblis never held positional power over Adam. Allah (Mighty and Sublime) created Adam, then told the angels and jinn that He created Adam as a vicegerent in the earth. Iblis was never the leader over Adam. Even as it relates to us, ash-Shaytan does not positional power over us, for the Qur’an stated4:

And ash-Shaytan saith when the matter has been decided, “Surely Allah promised you the truth, and I promised you, then failed you. And I had no power over you except that I invited you, and you answered me. So do not blame me but blame yourselves. I cannot help you, nor can you help me. Surely, I reject that which you before ascribed to me. Surely the wrongdoers for them is a painful punishment.

Our community discourse should not reduce the spiritual harm that is caused by attitudes, speech and even individual acts of racism from those who are not from the dominant culture against others, including those from the dominant culture. Those who engage in such are doing spiritual harm to their hearts and unknowingly bring into the society adverse effects, even if those effects are not readily seen, such as not immediately causing persons within the status quo to be victims of hate crimes, targets of law enforcement, etc.

Shaykh Ahmadou Bamba (may Allah sanctify his spirit) mentioned in his epic poem Masalik al-Jinan that arrogance is the worst spiritual malady, and that this is what brought Iblis the accursed to be doomed, so we seek refuge with our Lord from arrogance and from being punished.5 Bamba wrote that one of the cures for arrogance is to constantly ponder our creation, meaning that we all came from smelly sperm, walk the earth with bodies full of feces, and shall return to the earth as rotten corpses. He said, “You are all children of Adam without exception…And he was created from dirty clay.”6

The topic of the spiritual reality of racism is much deeper than what can be stated in a brief article, and there are further implications relating to racism from the story of Iblis and Adam that could constitute a book just on the subject. It was my intent to provide a different perspective in thinking about how racism is discussed among American Muslims with the hope that we can all enrich and improve our discussions in tackling this age-old problem. At the least, we should work on vanquishing our egos and guarding ourselves from Satanic whisperings that influence us to see others as inherently inferior or evil in comparison to the racial or ethnic groups which we belong.

Our prayers and donations should be done for the pleasure of Allah, seeking nearness to Him. Worldly recognition should never be the primary motive.