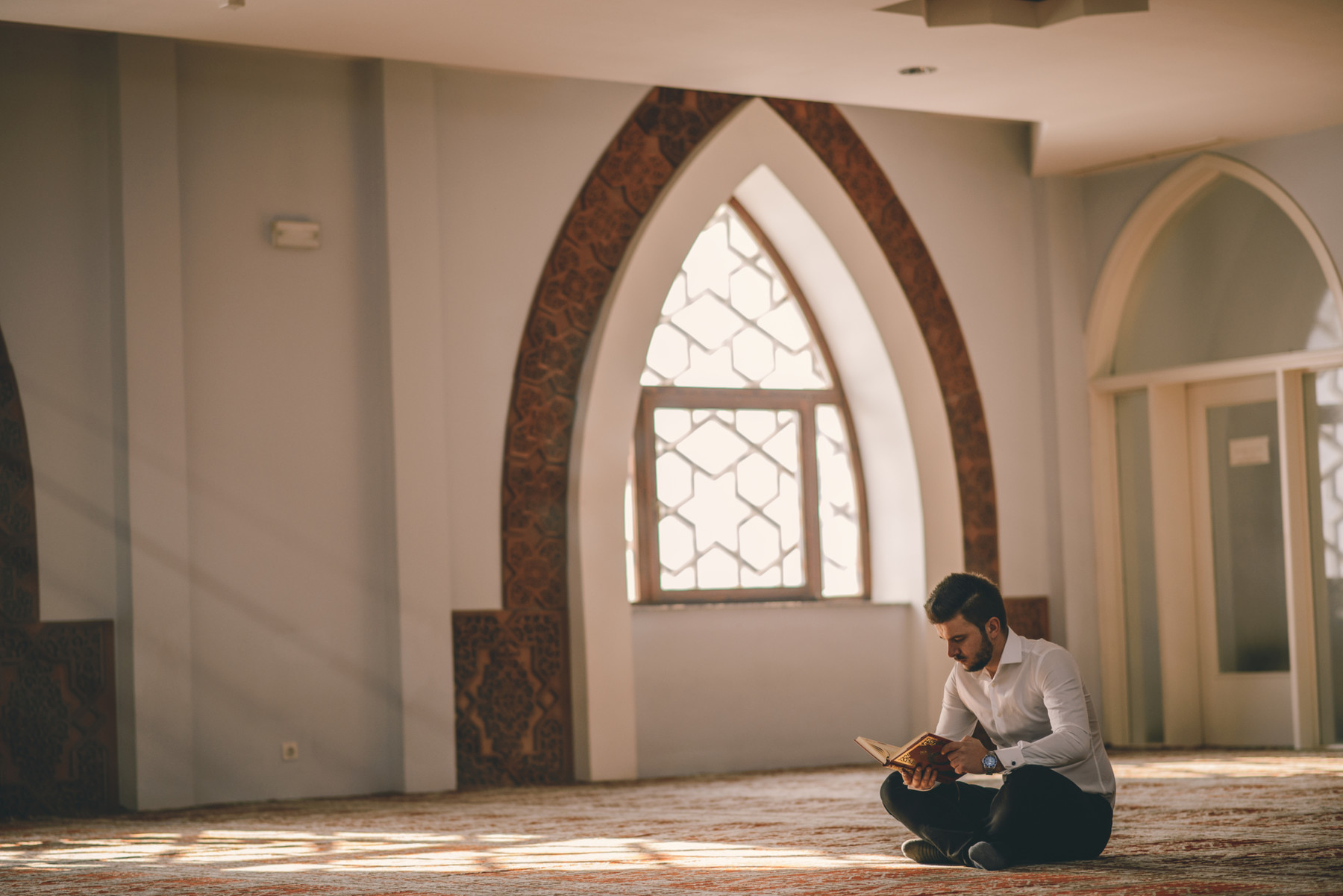 In the search for meaning, many Muslims around the country are discussing what are the definitions of femininity and masculinity and what are their ideal manifestations in a general sense. Such discussions have been the topic at recent community gatherings and have expressed themselves at times into contentious online debates in the ever seemingly round of endless beefs on [anti]social media. Within this backdrop, I am going to focus on what some aspects of manhood are from a Qur’anic perspective.

Manhood firstly is a Divine construct, not merely something manmade. It is Allah (Mighty and Sublime) who uses the word men (ar-Rijal) in the Qur’an which differs from the term males (adh-Dhukur). Thus, it is the Creator who creates males and females, then brings them into physical maturity to appear outwardly as physical men and women. The overwhelming rule is that men and women have different bone structure, muscle mass and body fat content in certain areas, as well as having some different internal and external organs. Moreover, the brains of men and women have been structured differently according to scientific conclusions even if those researchers fail to mention that these differences are by Divine design.1 As ar-Raghib al-Asbahani (may Allah have mercy upon him) stated about how Allah (Mighty and Sublime) constructed the physical man: “He is a specific form being a [biological] male from humankind, and thus the Most High said: And if We had made him an angel, We would have made him [appear] as a man. [Surah al-An’am, Ayah 9]”2 However, there is more to manhood than just being a postpubescent male.

The complete expression of manhood beyond physiology is of course our beloved Prophet (prayers and peace be upon him and his family) who is the Perfect Man (al-Insan al-Kamil) combining majestic and beautiful characteristics. Allah (Mighty and Sublime) attests to this by saying:

Most certainly for you in the Messenger of Allah is a most beautiful example.3

And surely you are upon magnificent character.4

The Prophet (prayers and peace be upon him and his family) is the model of excellence for all humankind in which males and females have equal access to following him for spiritual elevation. He also was sent as a man to reflect the specific examples within the Divine construct of manhood which women cannot reflect, such as how husbands should treat their wives, how fathers should be with their children and serving as guardians (Maharim) for their daughters. Allah (Mighty and Sublime) balanced this Prophetic example of manhood with examples of saintly womanhood during his lifetime through his wife Khadijah bint Khuwaylid (may Allah be pleased with her) and his daughter Fatimah az-Zahra (peace be upon her), two of the four most virtuous women of the worlds according to Prophetic narrations.

Men are the maintainers of women with what He has preferred as a portion of them over another and what they spend from their wealth. Therefore, righteous women are devoutly obedient and protectors of what is hidden.6

In these two verses, manhood is reflected in taking primary responsibility for providing security to the society which includes families from outward harm. For instance, as women among the believers were not obligated by sacred law in the era of the companions to struggle in the path to defend the Ummah from armed adversaries, men from the believers were charged with that sacred obligation. Of course, there was Nusayba (may Allah be pleased with her) who actually saved the Prophet’s life during a battle, but this was the exception not the rule. Truthfulness (sidq) per the former ayah relates to those who are truthful in deeds when keeping their trusts by taking the foremost responsibility to protect their people. In the latter ayah, Sayyid Abd al-Qadir al-Jilani (may Allah sanctify his spirit) gave commentary that maintainers (Qawwamun), which literally means those who stand up to serve, carries the meaning in this ayah of protectors (Hafizun).7 As men are the protectors of the outward, the same ayah states that women are the protectors of the inward or the unseen (Hafizat lil Ghayb). Thus, men have the responsibility of being gentle with women and girls while protecting them from physical and emotional harm in society, given that women are possessor of the wombs that are connected to the Throne of Allah (Mighty and Sublime) and for whom the tranquility of paradise is beneath their feet. The Almighty said regarding to the womb to which the cosmic connection between our spirits and flesh came together:

I am Allah, and I am the Merciful Benefactor; I created the womb. And I derived for it her name from My name. Hence, whoever keeps connected to it, I will stay connected to him, but whoever severs ties from it, I will sever ties with him.8

Thus, true manhood is not being abusive to women and girls nor neglecting the responsibility to protect them. Women should feel safe and protected by Muslim men, meaning safe from being harmed by them physically and dishonored by them emotionally, as well as feeling secure that Muslim men will stand up to protect them from outside threats even if it means those men will sacrifice their lives for them in the process. Manhood is also helping to build institutions in the outward that do not alienate women from their God given rights per sacred law and to stand for their rights that were conferred by sacred law. If this manhood is not present in our community as we’d like it to be, the solution is to support Prophetic manhood that brings balance to the society and serves our community including womenfolk and children. When we see it, we should point to it and encourage our boys to learn from it for having healthier community life and to have a large pool in the future of upright men to one day marry our daughters. Saying that there is no need for manhood, or stripping manhood of any value by saying that womanhood and manhood are the same under the banner of “equality” will not serve our long term interests as an Ummah and in fact is part of the man-made deconstruction of society that has much of the world today languishing in sheer confusion and moral decadence today.

On The Passing Of Shaykh Taha Karaan

Those who were graced to sit and learn at the feet of Shaykh Taha Karaan soon realized: Our teachers are indeed Allah’s greatest means to call us to true life.