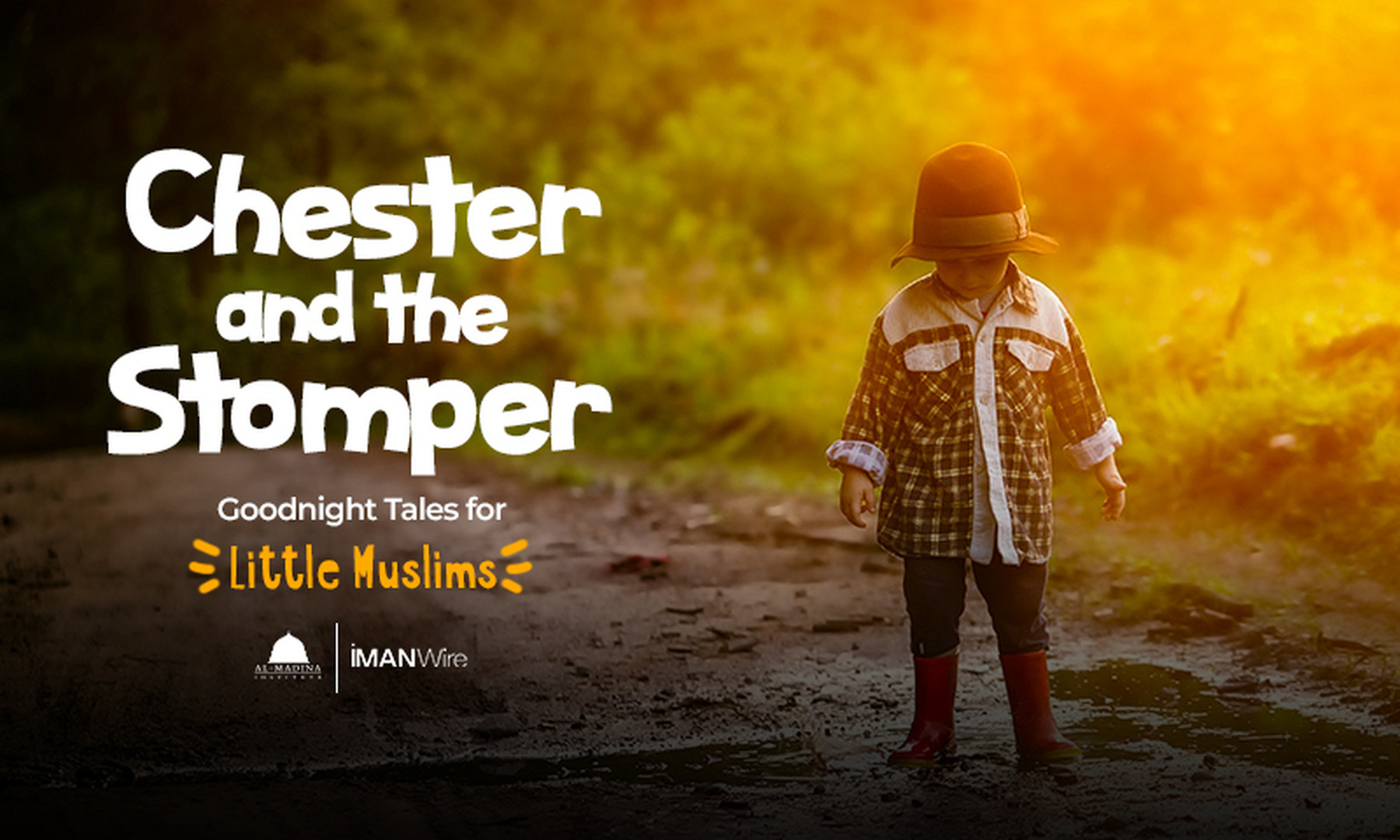 Chester and the Stomper

Once upon a time, there may have been (but maybe not) a squiggly, wiggly worm by the name of Chester. Chester and his family of worms lived beneath the ground, where they spent their days wiggling happily through the dirt and making little tunnels and paths to travel through and visit one another.

One day, it began to rain. It rained so heavily that the narrow dirt tunnels beneath the ground began to fill up with water. As the rain poured down, the water level in the tunnels began to get higher, and higher, until Chester and his worm-friends and worm-family found themselves on the surface of the earth.

Chester was in a daze. He realized he was no longer surrounded by the soft and comfortable dirt he was used to, but instead found himself on a scratchy and rough sidewalk.

He began to realize what had happened. The rain had pushed all of them up from beneath the soil and their tunnels. They were now on the sidewalk and paved road, a short distance from where they lived.

The rain began to slow down, and the sun came out again. All the earthworms slowly began to make their way back to the dirt, to return to their homes.

All of a sudden, Chester noticed two shadows upon the sidewalk coming towards him. He felt the ground shake and heard the familiar sound of approaching footsteps. Two little girls were coming towards him, wearing colorful raincoats and rain boots. The older girl, Sarah, held a pink polka-dot umbrella above their heads, and they were talking to each other as they walked.

“Look Rahma!” Sarah said to her friend in a loud voice. She paused near Chester and did a survey of the ground. “There are lots of slimy earthworms everywhere! How gross!”

Chester felt a bit hurt by these words. He did not think he was particularly slimy, but he knew that some people had negative thoughts about worms without realizing that they were very beneficial creatures. Earthworms had a very important job of helping to break up the dirt, so that plants and flowers grew better. They also left behind casings that gave the soil a lot of good vitamins. Other than that, they lived simple and peaceful lives.

Chester froze. He saw a shadow above him, and realized that it was from Sarah’s boot, right above his head, ready to squish down on him.

If he could call out to the other worms in his worm-language, he would have, but he was stuck in place, fear coming over him and sending a shock through his wiggly worm body. He thought that his life - and dirt-wiggling days — were over.

“Wait!” The other little girl, Rahma, called out to her friend. “You shouldn’t do that. Remember the story of Prophet Sulayman?”

Sarah’s foot slowly came down, a short distance away from Chester. He was safe.

“Yes, remember we learned about it at the masjid?” Sarah asked. “Prophet Sulayman could understand the language of all the animals. When he was traveling with his army, he saw the ants trying to cross the road, and heard them talking to each other. They were scared that he and his army would squish them. Prophet Sulayman thought it was so cute and he laughed. He told everybody to wait so that the ants could get to a safe place. Maybe that worm is scared too.”

Rahma said, “We should be kind and gentle with animals. Worms are animals too! And Allah says every kind of animal have their own families and their own language too — we just don’t understand them.”

Chester was so thankful for Rahma’s wisdom. The two girls continued on their walk, without stomping on anyone from the worm community.

Soon Chester made his way back to the soil, and back to his favorite dirt tunnels, and to his family and friends. He would always remember those scary moments above the surface, and remember the little girl named Rahma who showed him mercy, and would pray that Allah be merciful to her too.

“Whoever is merciful even to a sparrow, Allah will be merciful to him on the Day of Judgment.” (Hadith)

“There is not an animal that lives on the earth, nor a being that flies on its wings, but they form communities like you. Nothing have we omitted from the Book, and they all shall be gathered to their Lord in the end.” (Quran 6:38)