Zaki Hasan and Parvez Ahmed, the hosts of Diffused Congruence: The American Muslim Experience, have interviewed a wide range of Muslims, from scholars to artists, casting light on their life stories. Their work has become a recognized resource highlighting both the diversity of American Muslims' experiences and the common threads that bring them together. The two shared their own story on the ImanWire podcast, with selected excerpts provided below. The full extended conversation, covering a variety of topics, from which guest surprised them the most to how even Batman and Ben Affleck connect with the American Muslim experience, is available on the ImanWire podcast.

Mohammed Saleem: What brought the two of you together and how did you decide to do the show?

Parvez Ahmed: Zaki and I go back long before the podcast. He had been doing the MovieFilm podcast and I had been listening to it, as a fan of movies and his take on pop culture. That drew me to the medium as to its nature to reach a wide audience.

Literally over one of our conversations over coffee or dinner three years ago, we said, there are no Muslims in this space, or at least a paucity of Muslims.

Zaki Hasan: Yes, I don’t know if we were the only game in town, but it definitely was a smaller pond than it is now. Parvez and I both agreed that we wanted it to be something expansive, a framework that could encompass a great variety of topics within it.

Parvez Ahmed: That was where the idea germinated. At that time it was clear to us that our objective was to showcase the diversity of the American Muslim community, the narrative that we are not a monolith, or as Zaki says often, a tapestry of various narratives. So we wanted to use the show to highlight that, not for a specific audience per se, but to keep it general and broad.

We wanted to do long-form interviews with people highlighting the American Muslim experience and at the same time to a broad audience.

Mohammed Saleem: Ahmet Tekelioglu, in a recent piece, mentioned your work as an example of a starting point for telling the stories of American Muslims. In it, he describes how many of our scholars and leaders from a previous generation sit and walk side-by-side with a younger generation often unnoticed, even though they are the “giants [we cite] on whose shoulders we stand.” Yet, we know very little about their lives. 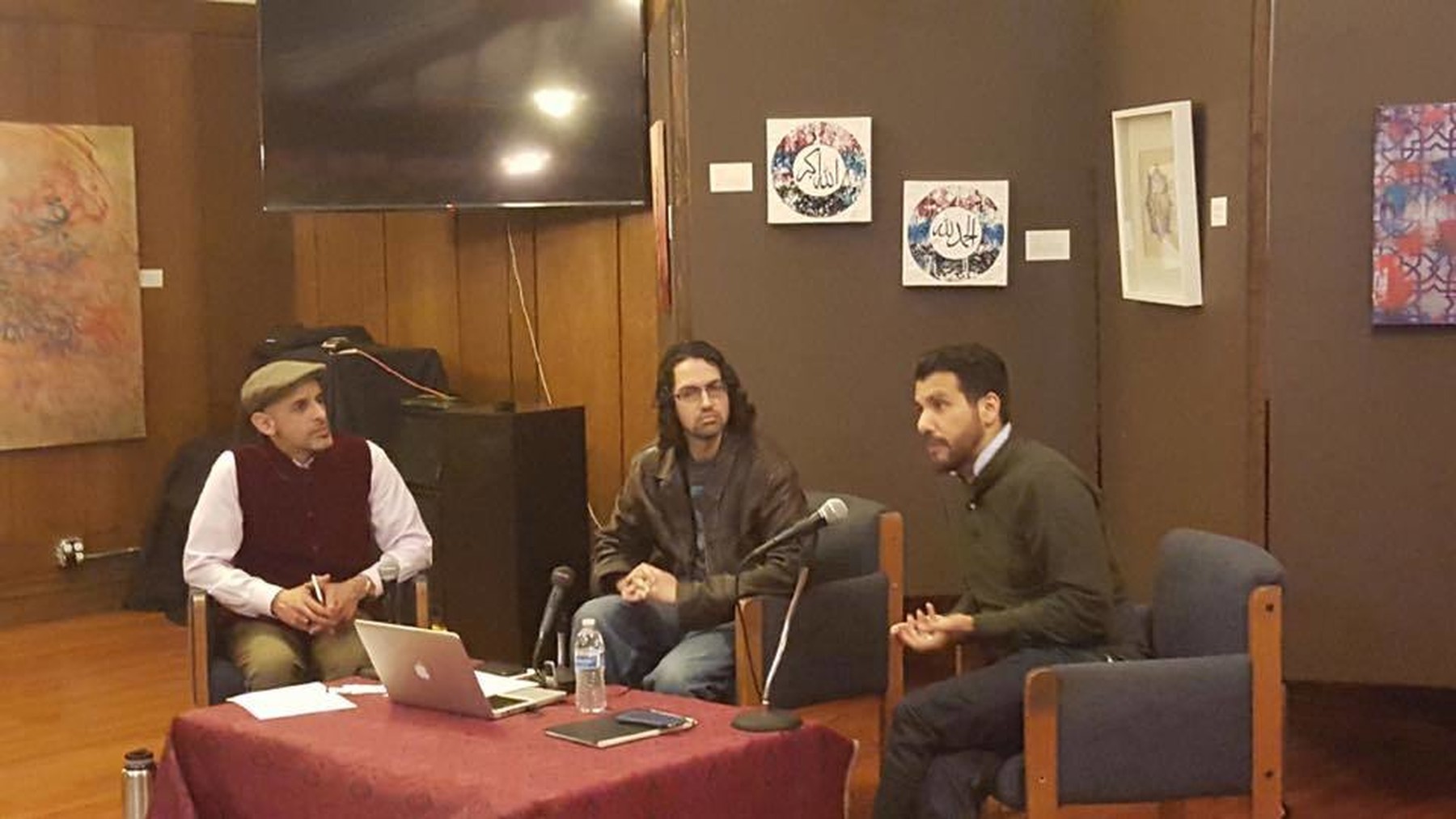 Parvez Ahmed: Certainly, it was a conscious effort on our part to record and preserve these oral histories, these life stories of those who are leaders, activists, and artists. If we think back to those who have had an indelible impact on the Muslim community, even as recently as the ‘80s and ‘90s, they have passed on. We lost Ahmed Sakr not too long ago. [There is] that old vanguard [and we] wanted to preserve these stories.

The idea for the show came about organically. It was really our own personal interest wanting to listen to these stories. I’d like to think our own earnestness in that comes across. When you are sitting next to Imam Zaid Shakir and he’s telling his story, you can’t help but have a fanboy moment. I hope that it comes across to the listeners that we are doing it from a place of sincerity in terms of our own interest in wanting to know about the lives of these individuals.

Zaki Hasan: I love to sit and just talk to say someone, like Usama Canon, to hear his life story. My thoughts were, I don’t know if anyone wants to listen to it, but I certainly did.

Mohammed Saleem: What’s the meaning behind “Diffused Congruence” and why did you choose it for the title of your show?

Parvez Ahmed: Diffused congruence is a term that Dr. Sherman Jackson uses that stuck with me when I was a student of his. He uses the term as a translation of the concept of tawaatur/mutawaatir, which is the way in which one can verify the integrity of a statement or text by virtue of its diffusion among various individuals, and in most cases, generations of people. Not only are they, this initial founding generation of Islam, recording to have heard and transmitted this statement of the Qur’an or hadith, but also at the same time, by the sheer volume of people reporting it, this diffusion precluded the possibility that they could have all colluded to lie. And also not only that, by virtue of sheer volume, either, almost explicitly or by a general idea, they are transmitting something that is the same message, the congruence. There is congruence in what they are saying in addition to the sheer volume of reports. 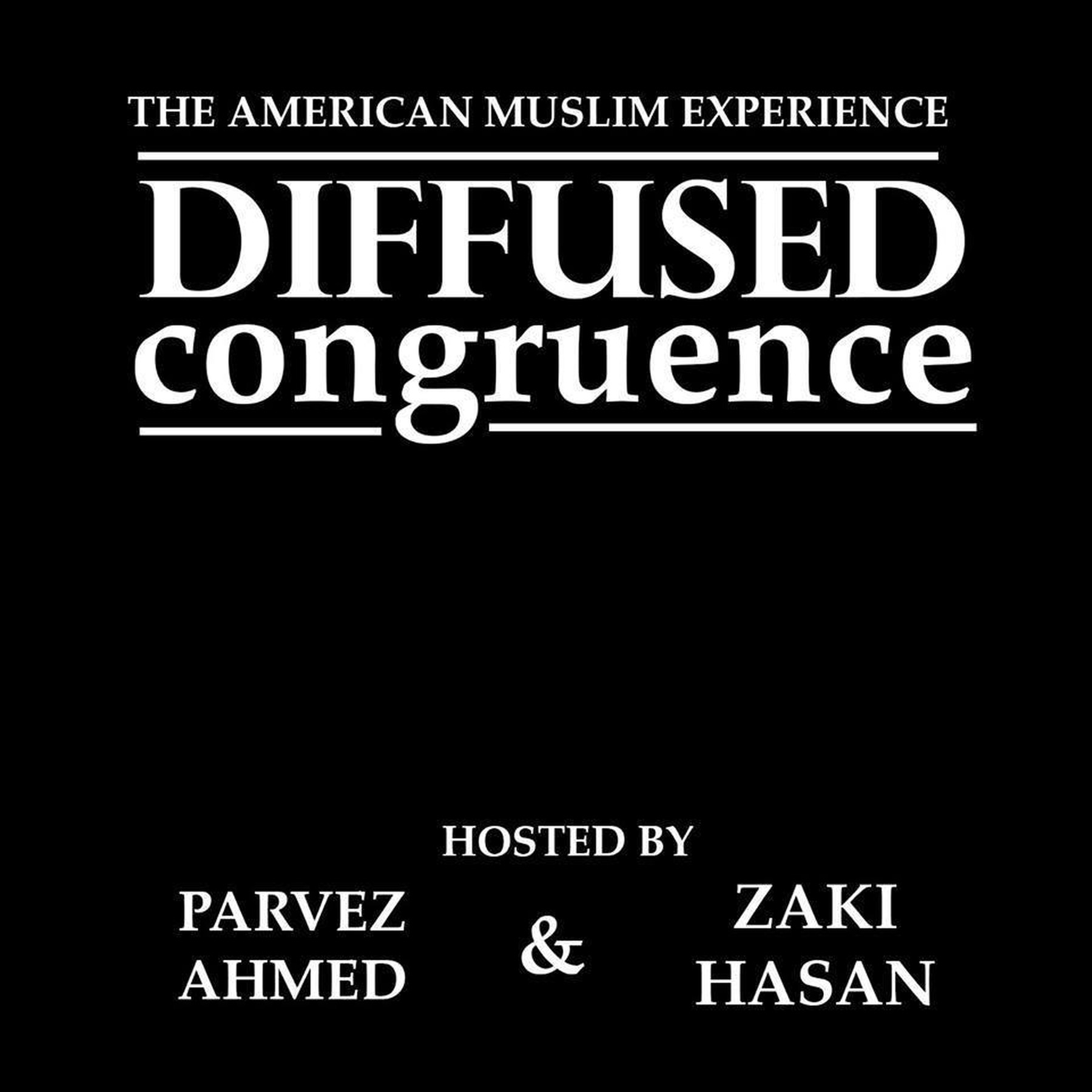 That’s in fact how we verify the integrity of the Qur’an, grade hadith; it is based on this idea of diffused congruence. So we liked the name, how it sounds and the idea. When we were thinking about the show, wanting to highlight diversity of the community, it’s inescapable to recognize the fact that although we are so diverse, there are generally broad strokes and themes that one finds among all the varying personalities that we’ve had a chance to interact with. There is that congruity in addition to the diversity.

Mohammed Saleem: What has fueled your interest in doing this work?

Zaki Hasan: I come at this as a media scholar and critic, and obviously there’s my identity as a Muslim. You can’t be Muslim in this country and not have seen what’s been happening in how Islam and Muslims are portrayed over at least the past 15 years. I would even say further, the past 30 years, certainly throughout my life.

Throughout out my life, there has always been “I’m a Muslim, and no we’re not all terrorists.” That’s never not been a part of my experience.

So for me, once I realized what a tremendous forum podcasting was as a way to bypass the traditional media filter and just to let people experience content at their own pace and make of it what they will, I said, we have an opportunity here.

One thing that emerged in our discussions is that we are in the Bay Area here, and there are so many people here I would love to hear their stories and share them with the world.

Mohammed Saleem: What are your thoughts about the Muslim American community moving forward?

Parvez Ahmed: In a real way, if we as a community are going to not just survive, but thrive, we are going to have to be that big tent community, where we lower the threshold in what our expectations are in terms of “membership” in this community. It has to be broad and welcoming to all. We really have to let go of whatever feelings we have that would preclude others from feeling welcomed and as a part of the Muslim community in America.

Zaki Hasan: The next few years are going to be really interesting, because the election in many ways has lit a fire under us to really turbo-charge the necessity of this. And I say that because a lot of my students have expressed a sense of despondency, and one thing I’ve said is that a lot of things are going to happen politically that we don’t have a say in, and it is easy to look at all this stuff going on and feel overwhelmed. I tell them politics is about the macro but we have to worry about the micro, our inner relationships and the connections that we make.

Listen and subscribe to the podcast: Itunes | Sticher | Spotify

Imanwire celebrates its 5th anniversary as all the original hosts get together for the first time to catch up, talk about turning 40 and discuss the process of physical and spiritual transformation.

It's no secret that many Muslim institutions, while founded with good intentions, have become bastions for ego and politics, and beset by dysfunction. Should our mosques be run like businesses to fix the current malaise? Shaykh Yasir Fahmy returns to the podcast to lay down the foundational principles needed to establish a model for ethical governance in our organizations.

Joe Bradford joins the podcast to discuss the spiritual impetus behind personal financial planning. How do concepts like ihsaan direct us to decide whether to spend, save, give, or invest?